Using Technology Instead of Being Used by Technology

I have written in the past about my Surface RT.  I have been using it for quite a while and simply love it.  It's so easy to use - I find I reach for it before almost any other device.  I read and respond to most of my personal emails using it, I read the news every day using the Bing news feeder, I play games on it, watch Netflix, order pizza on it.  When we need to find something - we use the Surface to Google it.  Yes, it doesn't have the full-blown Windows OS - it uses the RT version of Windows 8.1.  But the RT version is elegant in it's simplicity.  I rarely find myself going If Only.  It does everything I need it to.  Well, almost everything.

I have only been able to find two things it can't do that I wish it could do - both software related.  Because it doesn't run the full version of the Windows OS I have to use the Windows Store as the single source for any application I might want.  There are two applications I would love to be able to run on my Surface - Adobe Elements (a photo organizing and editing tool that I use all the time on my laptop), and Minecraft (a game that Walter and I love to play).  For Adobe Elements there are work-arounds ... I just need to play with some of them to decide what might work the best.  For Minecraft, there is Discovery and Block World - unfortunately, neither of them compares to Minecraft.  The only other issue I've had is that I can't use our current printer with the Surface - it's a few years old and the Surface RT doesn't have the driver for it and the Windows Store doesn't have anything Canon driver's on it.  So I either have to use my laptop or break down and buy a new printer that the Surface can communicate with.  I haven't gone there yet.

When I first got the Surface RT I bought the touch keyboard - an accessory that was used for both keyboarding and as a cover to the screen.  The touch is OK in a pinch, but for long sessions of typing it is a bit of a pain - you have to remember to press, not push, the keys.  I recently bought the Microsoft Universal Mobile Keyboard - a small Bluetooth keyboard that comes with it's own cover, making it extremely portable.  As an added bonus it has a little switch that allows it to pair not only with Windows devices but also Android and iPad/iPhone devices.  The keyboard is small, but it's far easier to type on it for long periods than the touch keyboard.  Along with the keyboard I also got the Microsoft Wedge Touch mouse.  Also a Bluetooth device, it's small and yes, wedge shaped.  Despite it's diminutive size it actually feels quite comfortable in your hand.  The two are a great travelling pair.  I'm sure I will be taking them to meetings and when we go on vacations.  Why didn't I get the Microsoft Type cover and the ARC Touch mouse that they always show paired with the Surface tablets?  Because the Type cover costs $129.99 and the ARC Touch mouse costs $59.99.  That's over $200 with taxes.  My little set cost me just half that.  And I can use them with my ASUS Memo Pad HD 173 Android tablet (it's a 7" tablet that I use to play Minecraft on!) which is a total bonus in my books.

If I were on a tight budget and wondering how best to get setup up with some kind of device that I could write on, be creative on, and connect to the world with ... I think this combination I've put together would be it.  The long battery life, the build quality, the size.  It's not buggy - I'm not worried when I press the power button ... I know it will work.  It's simple to use - Walter and Manuel don't have any difficulty using it.  It's portable and with the long battery life I can go all day without it dying on me.

Would I love to have the Surface Pro 3 and all it's cool accessories?  Of course, but I don't need to spend that kind of money to enjoy what I've got here.

I'm not an American and I don't live in the US.  I'm a Canadian living in Canada.  Like most Canadians I live very close to the border that runs between Canada and the US.  Because of that proximity, the US tends to be a big influencer.  Take Black Friday.  We don't technically have a Black Friday in Canada.  Our Thanksgiving occurs way back in early October.  But we hear and see all about it, and over the last few years it has started to become incorporated in businesses north of the border.

I was able to snag the biggest savings of all.  I stayed away.  I stayed away from the stores, both physically and via the internet.  By not shopping I didn't spend any money which gave me a big 100% savings.

Did you also save big?  Good for you!
Posted by honbc No comments:

Email ThisBlogThis!Share to TwitterShare to FacebookShare to Pinterest
Labels: frugality

Yes, Halloween is over now.  We've gathered up all the decorations ... 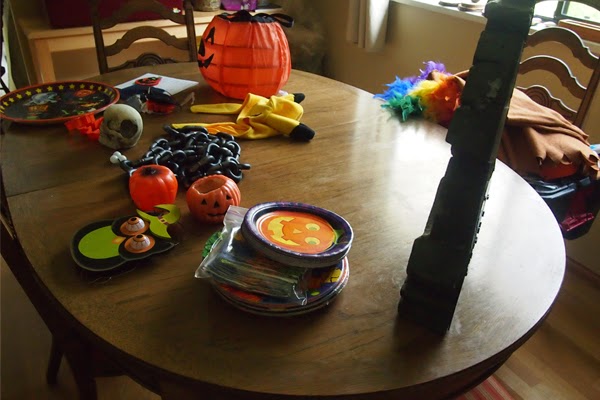 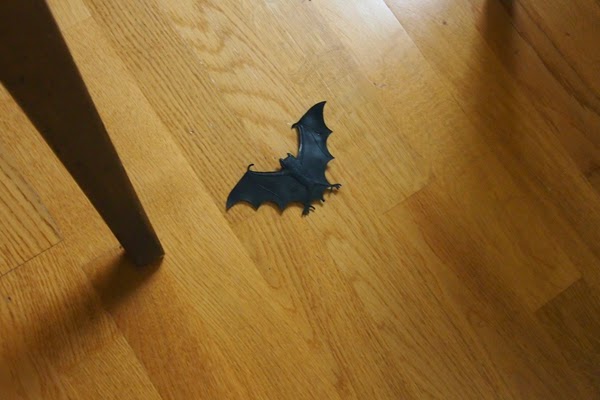 ... and everything has been boxed up for another year. 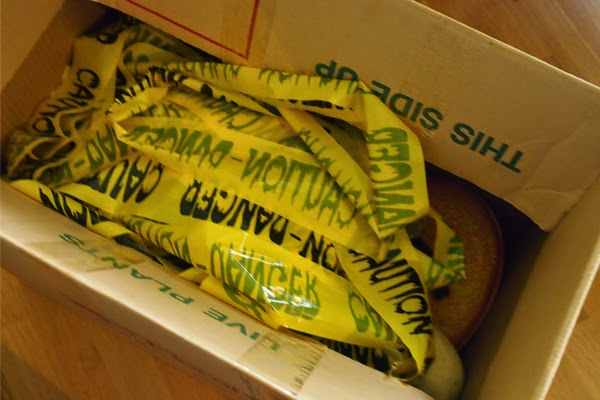 But everyone has been asking for a look at Walter's costume.  He wanted to be a guinea pig this year.  We bought the fake fur from the fabric store.  Felt and fingerless gloves from the dollar store, and some scissor and sewing action from Mommy made it happen.

The fingerless gloves were the paws. 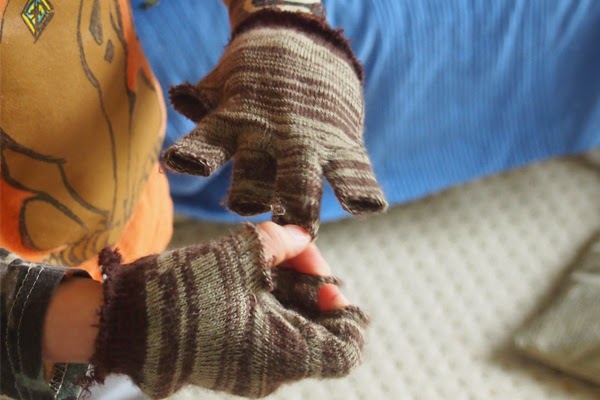 You can see how effective they were at making Walter act the part of a guinea pig. 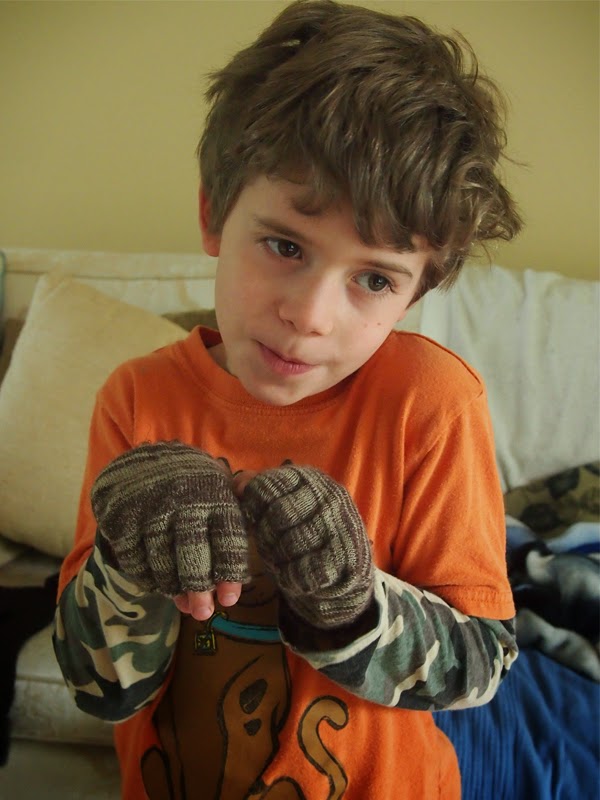 The guinea pig face was two pieces of felt cut into a mask shape, sewed together with thick cotton thread, and some fur fabric remnants as ears. 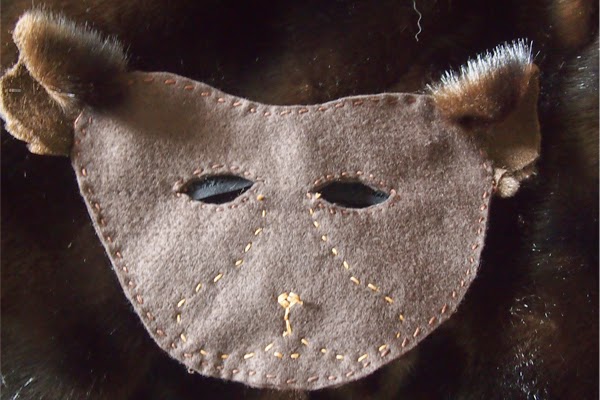 Walter loved his costume even though I thought I could have done a better job. 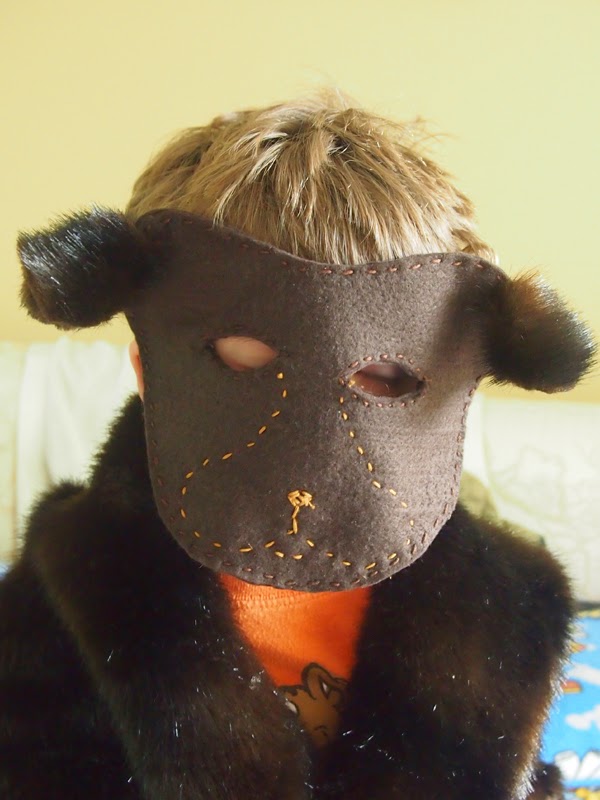 Another costume stored away. 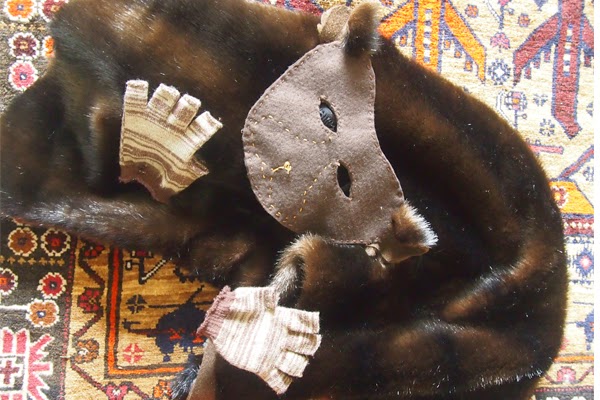 Do you ever re-use your costumes?
Posted by honbc No comments: 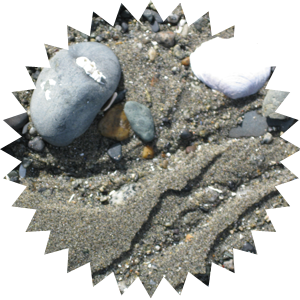